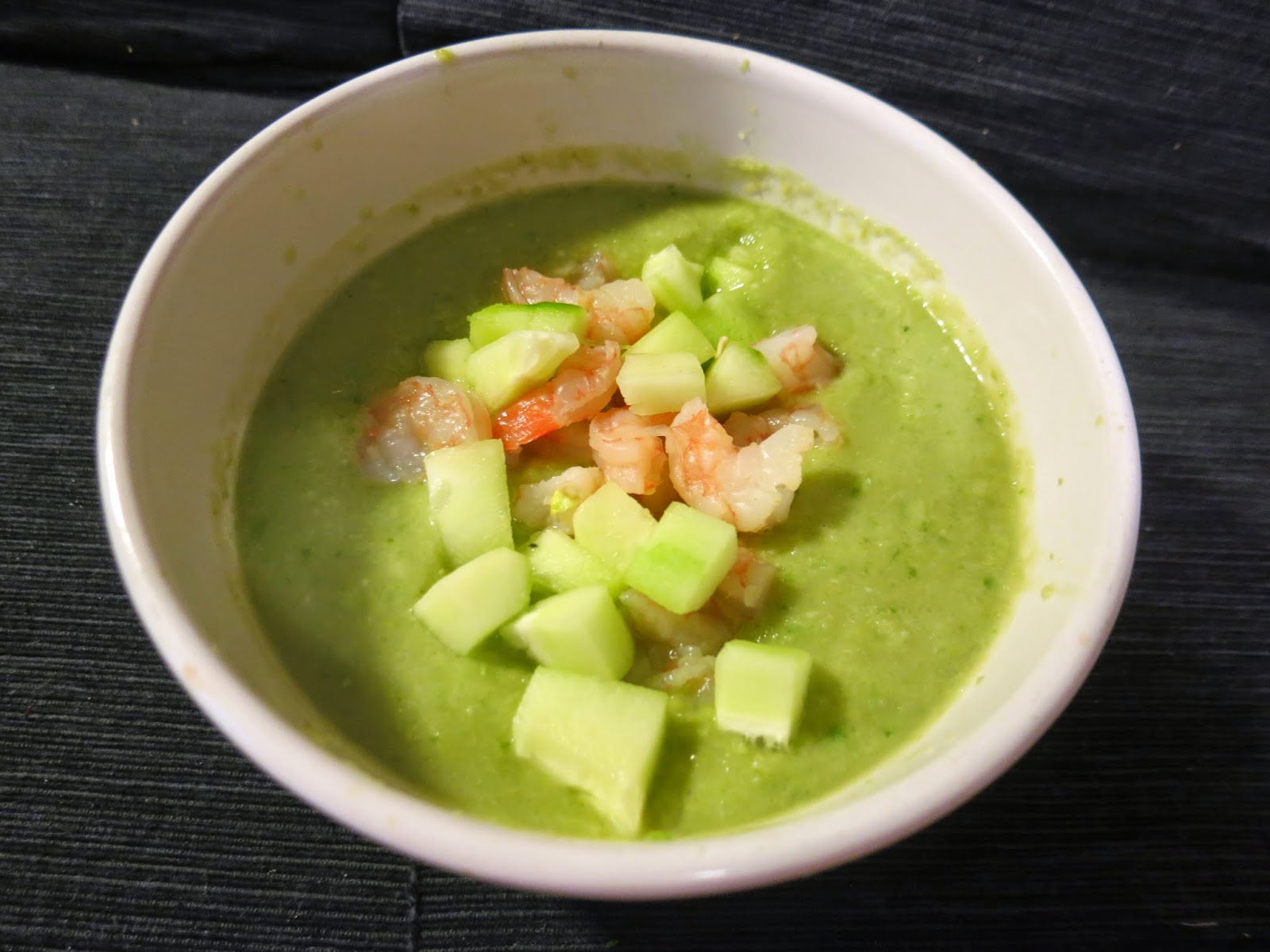 Ever since I discovered the similarities in flavor between Japanese knotweed and tomatillos, I have been experimenting with using the invasive in Latin-American style cuisine, notably a salsa verde and a  pico de gallo. These recipes were successful, unlike other experiments where I tried to use knotweed like rhubarb. I never posted about these, but they were not good; the worst being my attempt at a knotweed mostarda, based on a rhubarb recipe. 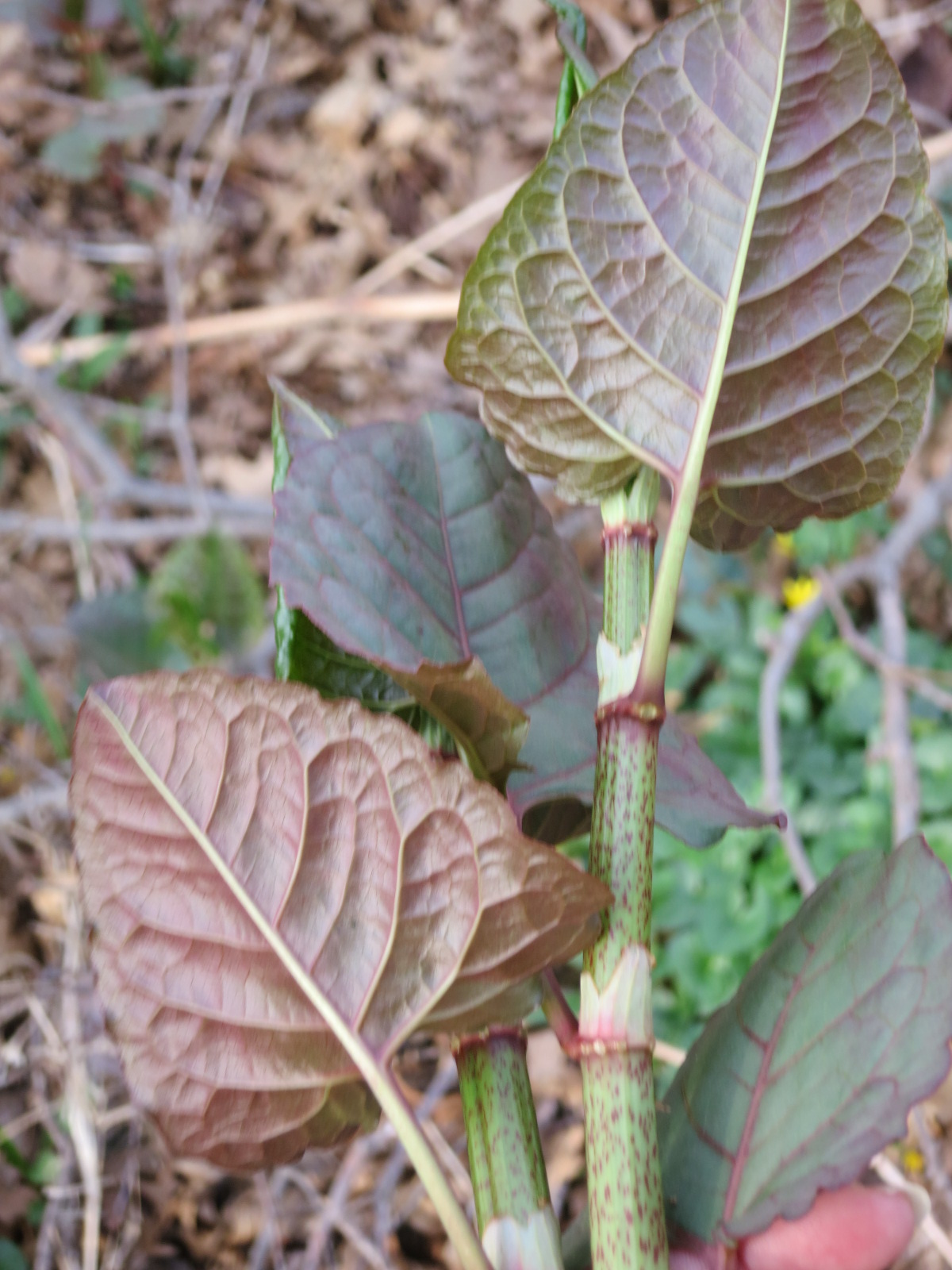 For me, I don't like knotweed cooked more than just the slightest blanching. I think it takes on an unpleasant character, not really noticeable at first, but after eating more than a few bites of it, it gets worse and worse.

So I have been looking for ideas that would let me use the knotweed raw, or lightly cooked. This tomatillo gazpacho recipe popped up in pinterest, unfortunately after knotweed season had passed, but it has been on my mind ever since. I had trepidations since the reviews were so mixed, but overall it sounded good to me, so I decided to give it a go. I am glad I did! This soup is great--somewhat hot, somewhat creamy, and very, very refreshing.

I did make a cucumber/shrimp salad for the topping, and I drank some sangria while eating. Happy Cinco de Mayo! (even if I don't actually get to post this till tomorrow)

The core of this recipe is vegan, if you omit shrimp from the garnish on top, you could replace it with diced grilled oyster mushrooms, I think would be amazing. Or spring peas in their crunchy pods would be fantastic. If you harvest the knotweed late enough in the season, I think black locust blossoms would be a tasty and gorgeous garnish. You could skip the blanching and this would work for a raw diet as well--I would probably increase the amount of cucumber if I did that though, so it wouldn't be too tart.

There are a lot of options! 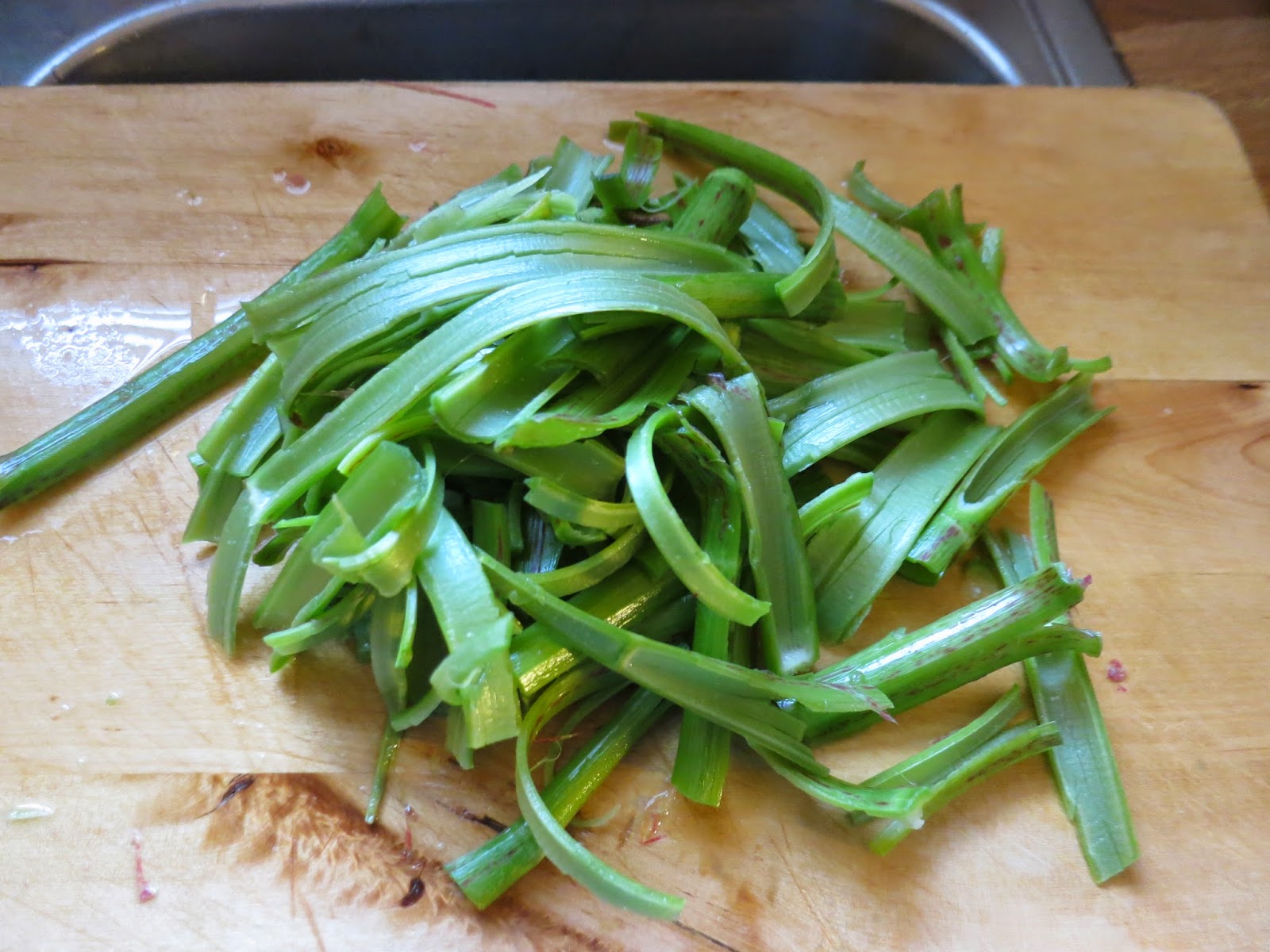 Serves 4 as a starter, or 2 for lunch. Can be doubled or tripled 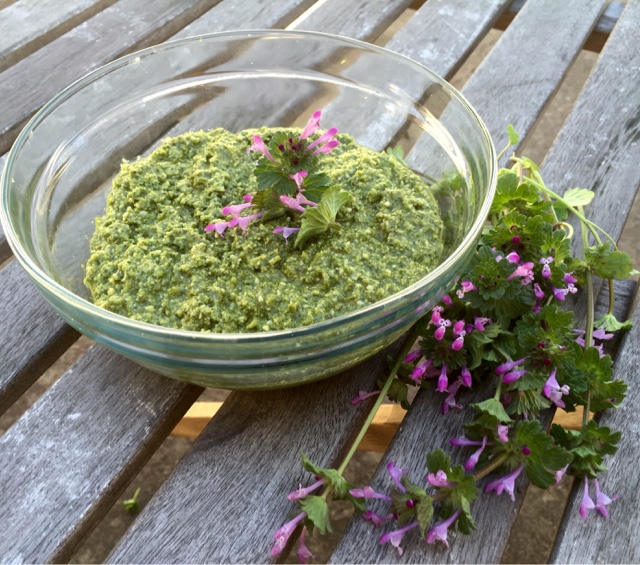