My first time trying foraged ginkgo nuts: from identification, to eating, and preservation 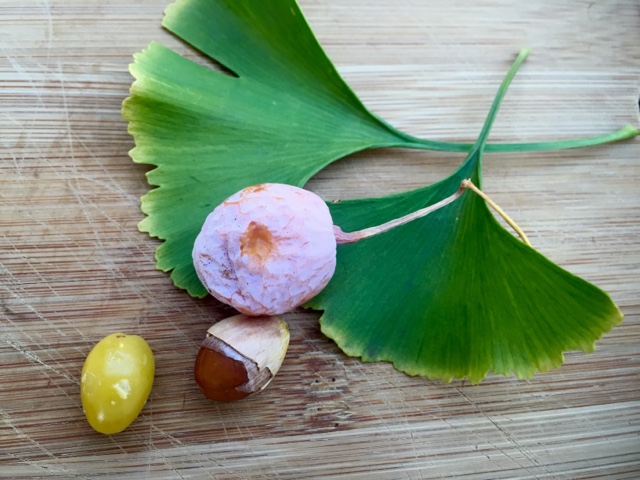 When we first moved into our new home, last October, I was excited to see a ginkgo tree in the front yard. There was a handful of fruit on the ground, letting me know the tree was female (ginkgo are deciduous, and only females produce fruit). I sat back and waited for more fruit to fall.

Sadly, last year we only got about 10-12 fruits. I researched this, and learned that when a tree produces very few fruit it generally means it's in very bad shape, and most likely going to die. I suspect that the 7 year drought Texas had just been through was to blame.

This year, we had rain again, and we really baby-d the tree: pruning dead branches, extra watering, etc. She seems to have made a full recovery, as the ground this fall has been completely covered in fruit every single week!


Special warning: do not handle gingko fruit, especially broken fruit, with your bare hands. If you come in contact with it, wash thoroughly. People with blood clotting problems, bleeding disorders, or prone to heavy bruising shouldn't take ginkgo in any form. Nor should those who are have had seizures, pregnant women, and anyone who will be going in for surgery.  Raw ginkgo nuts are dangerous, and toxic to many. The fruit and the raw nut should not be eaten. More on all this and how to safely harvest and prepare, further on.

Ginkgo biloba (full name), also known as the maidenhair tree, duck feet tree, silver apricot, silver almond, white nut or silver fruit, is a living fossil, the last member of it's family. Ginkgo itself would most likely be extinct as well, if it hadn't been preserved through the ice age by ancient Chinese priests who considered it holy. They grew ginkgo in their temples, and still do today. Ginkgo is very long-lived and hardy, some of the temple trees are several thousand years old, and still other ginkgo trees survived the nuclear bombs in Hiroshima and Nagasaki. 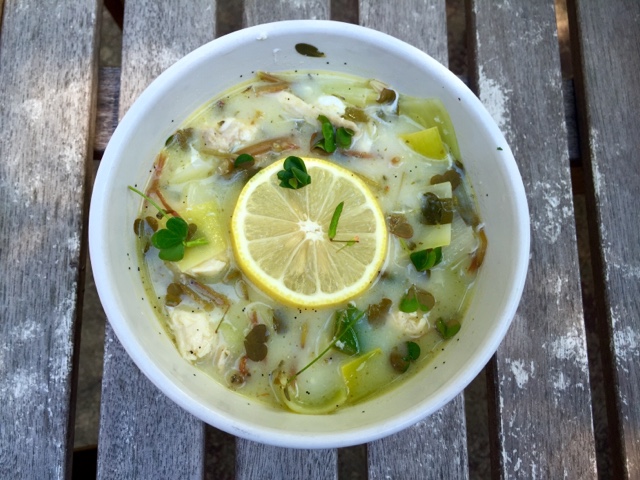 A quick jaunt around the neighborhood yielded quite a basket full of purslane, and some wood sorrel. Both plants contain oxalic acid, with a bright, lemony flavor. I decided to try adding the weeds to a Greek Avgolemeno, a chicken soup with lemon, eggs and fresh veggies.

Given that purslane also has a mucilaginous (thickening) quality, I decided to bypass the rice that's usually added to the soup, and make it 100% gluten-free and paleo. It was a great lunch, and I have plenty to bring to work for healthy lunches throughout the week! 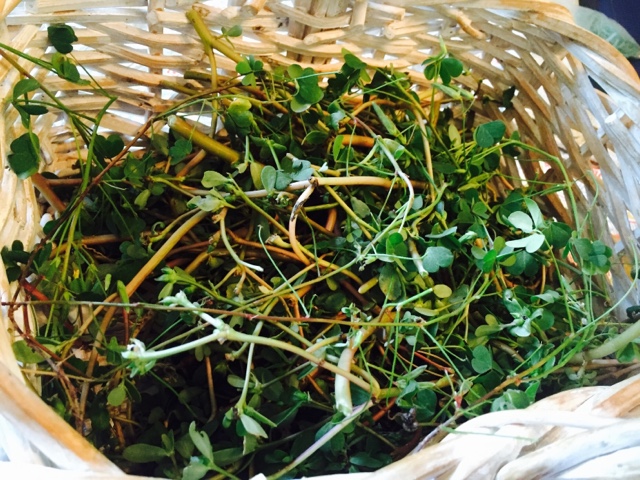 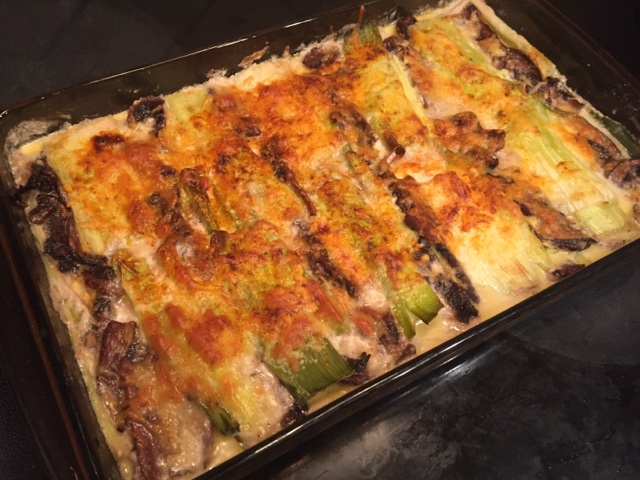 The best way to keep a massive haul of most kinds of mushrooms is to dry them. Drying is optimal for the boletes, chanterelles and other vase-type mushrooms, morels, lactarius, oysters, jelly fungi, and pretty much any gilled mushroom. I've even had good luck with the small puffballs, though I've never tried it with the large ones. The only group that drying isn't ideal for is the polypores.

And so it was with the mushrooms I used to make this dish. I found a long-lost container of wine-cap mushrooms (Stropharia rugosoannulata) in the back of the pantry. I believe these are from the batch we harvested in spring of 2014, which was from a truly epic flush of mushrooms.